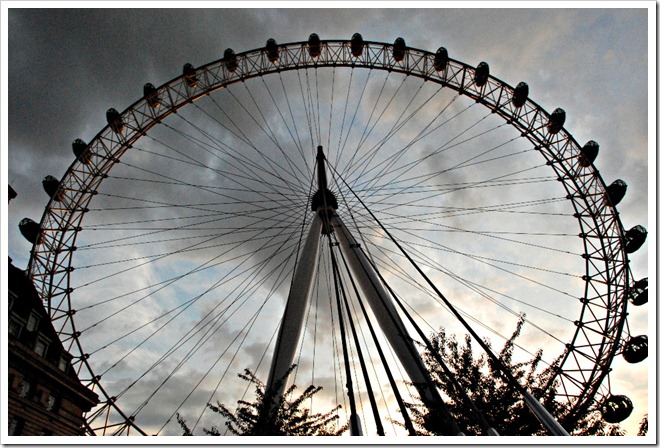 The London Eye, . towering at a height of 135 metres, is the tallest cantilevered observation wheel in the world and attracts over 3,5 million visitors a year. 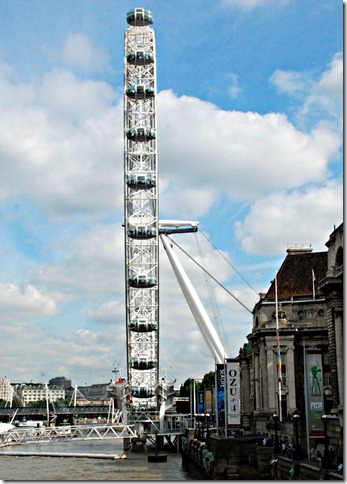 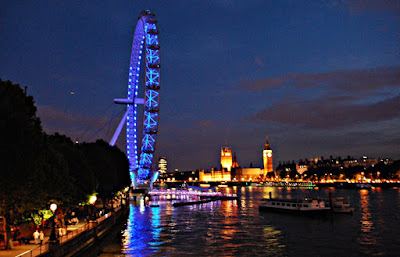 The London Eye at Night
In the summer months of July and August, the London Eye is open till 9.30 at night giving one an excellent opportunity to have a birds eye view of London at night. Particularly spectacular are views of  Westminster and Big Ben overlooking the river Thames. 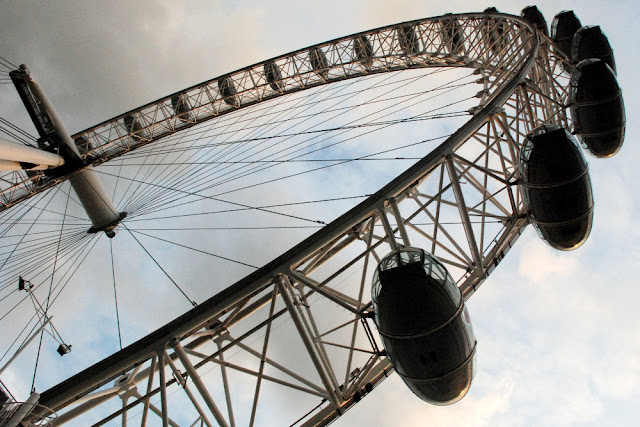 The London Eye has 32 air conditioned capsules which can hold 25 people each and weighs  10 tonnes. The capsules are designed such that one can easily move around to get views from all angles.The capsules move at a speed of around 10 in per second and takes around 30 minutes to make a full revolution. Since the speed is slow, people alight and get on to the capsules while moving. 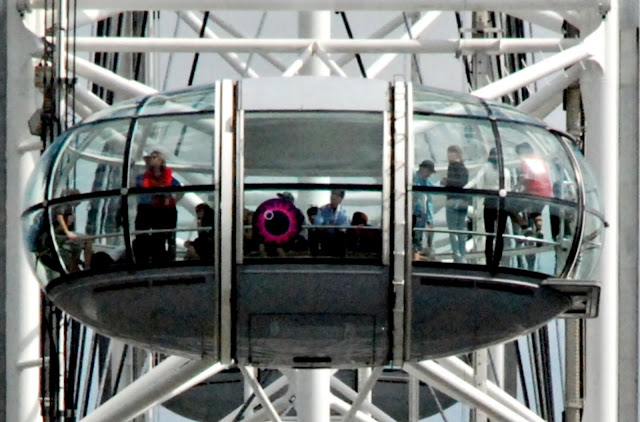 A capsule of the London Eye
The capsules are fixed on a rim which is supported by spokes resembling the wheel of a cycle. An interesting fact is that different parts of the wheel were produced in various European countries - steel from UK, cables from Italy, bearings from Germany, the spindle and hub from Czech Republic. 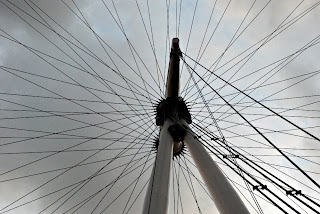 If you are visiting London and haven't visited the London Eye ,do plan a visit and ride on this most interesting landmark. To avoid ques, book tickets online.
Click on the Link Below to go to the :
Official site of the London Eye for ticketing
Posted by pravine chester at 5:32 AM