The Schonbrunn Palace in Vienna is a huge and majestic palace. As you move from the main palace to the grand gardens and up the Schonbrunn Hill and when you descend the hill,  at the foot  stands a structure which supposedly is in ruins, These are  the Roman Ruins , orignally called the ruin of Carthage. Designed by Hohenberg who created the Roman Ruin at Schönbrunn as an entirely new structure on the model of the Ancient Roman temple of Vespasian and Titus, the remains of which had been recorded in an engraving by Giovanni Battista Piranesi dating to around 1756.The Roman Ruins consist of a rectangular pool in the front with a massive semi circular arch overlooking it and walls flanking it giving an impression of a building slowly degenerating  and crumbling into the ground, 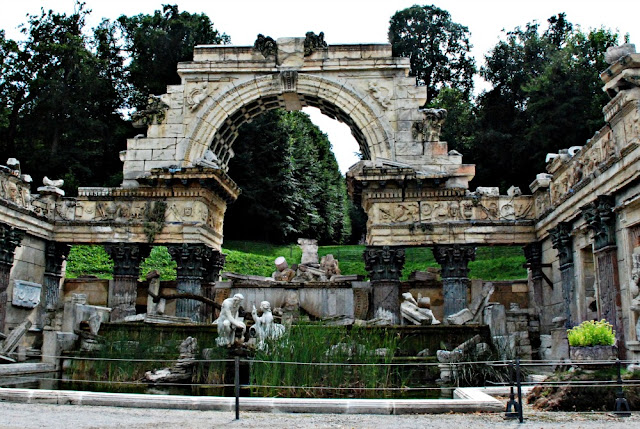 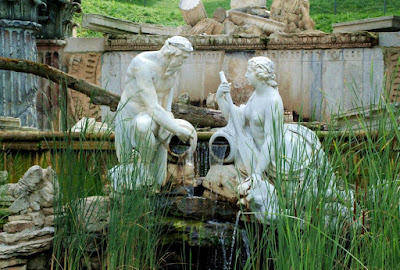 The Gods of the rivers Danube and Enns
Built in 1978, it is completely integrated into the surrounding landscape making it a very integral part of the vast gardens.
Posted by pravine chester at 1:37 AM