Neptune Fountain at the Schonbrunn Palace

As we move from the main palace building of the Schonbrunn Palace to the hill, is a pool at the end of which is the Neptune Fountain. A retaining wall curving back forms the back wall of the vast basin. At the centre is a semi oval plinth from which rises the statue of the sea-god Neptune surrounded by his entourage. 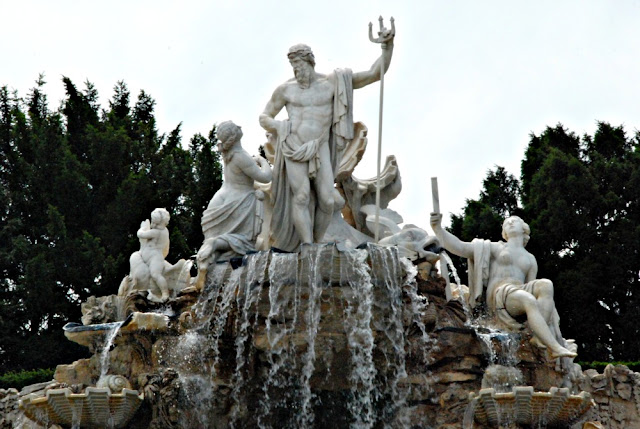 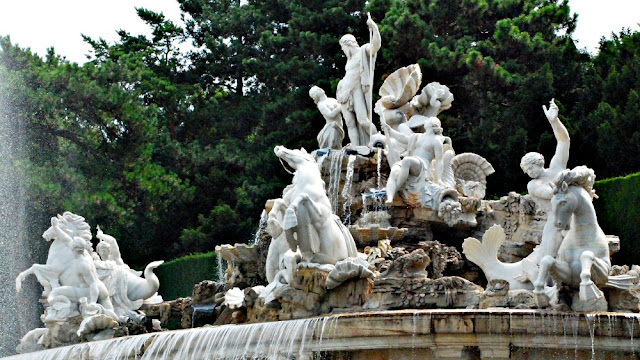 Above the rocky grotto stands Neptune in a shell-shaped chariot, his trident in his hand. To his left is a nymph, while on his right kneels the sea-goddess Thetis.  Frolicking at the foot of the grotto are the Tritons, creatures who are half-man and half-fish, and belong to Neptune's entourage. 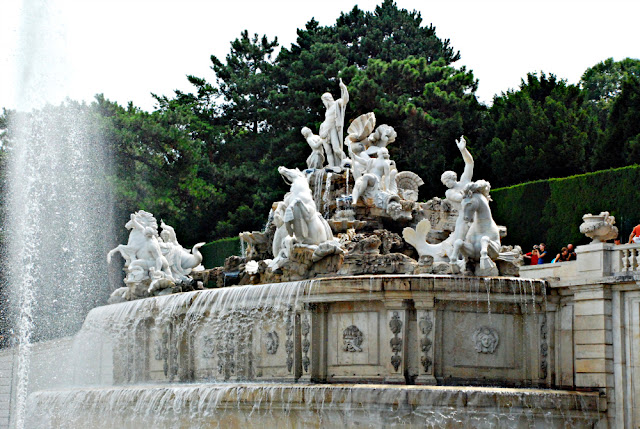 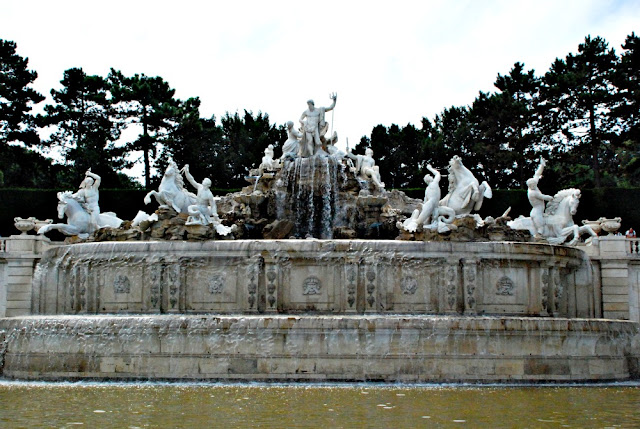 Posted by pravine chester at 9:22 PM