Cixi is another city in China that I visit regularly. Also know as the Capital of Household Appliances, Cixi ( (pronounced "Tsuh-Shee") is a city withing the sub provincial city of Ningbo. An industrial township, this city is a major production base for small home appliances - there would be over 5000 units producing these goods. Besides appliances, Cixi is also a major production centre for small and micro bearings. Like most Chinese cities in South China, this too is a city vibrating with life. Night life is active with numerous KTV bars in operation and alongwith Chinese restaurants, the city has a fair no of KFC's , Mcdonnells and Pizza Huts. Continental food however is mainly restricted to restaurants in hotels. 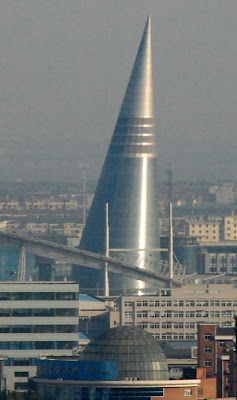 Cixi is a blend of the modern and traditional. One sees modern buildings rising into the sky all around sitting side by side by traditional ancient buildings. 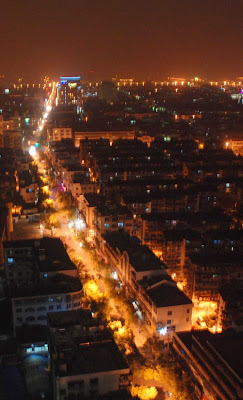 Night scene of a street in the city 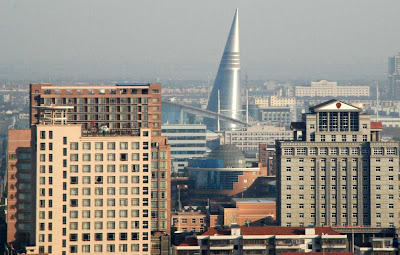 Facts
Cixi City is located at the coastal area of eastern Zhejiang Province and on the south bank of Hangzhou Bay. Important cities close to Cixi are Hangzhou ( which is also the capital of Zhejiang Province ) and Ningbo. Cixi is located at the central zone of the economically strong belt of Shanghai, Hangzhou and Ningbo and it is one of coastal economic opening zones approved by the State Council.
Cixi is now connected to Shanghai through the Hangzhou Bay Bridge which is more than 36 Kilometers in length and is the longest trans-oceanic bridge in the world . This has shortened the distance from Shanghai to Cixi by 120 km, and the travel time from nearly four hours to two.
Industrially, Cixi is very advanced and is a major production centre for bearings, lighters and textiles besides home appliances.
Posted by pravine chester at 7:04 AM