The central administrative area of Delhi from where the Government of India functions is an impressive complex of buildings consisting of the majestic Rashtrapati Bhawan which houses the President of India, the 2 secretariat building just in front on either side of the Rashtrapathi Bhawan and further down the grand circular Parliament House.

Rashtrapathi Bhawan flanked by South and North Blocks at dusk 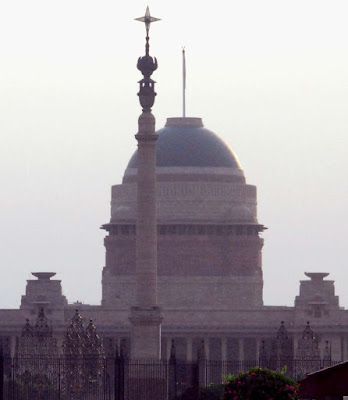 Shot of the North Block 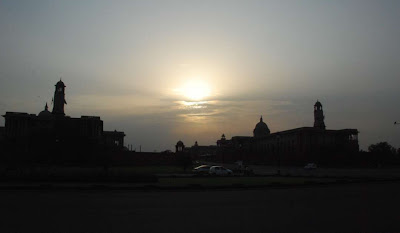 Sansad Bhawan ( Parliament House)
Designed by Lutyens, Parliament House is the seat of the Indian democracy. This large colonnaded building , 171 metres in diameter has 3 large central halls where legislative business is conducted. The 3 chambers are surrounded by a veranda which has 144 columns . 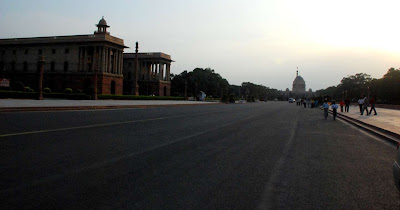