West of Lake Maggiore (Lago Maggiore) in Northern Italy lies a beautiful lake named Lake Orta or Lago di Orta. This picturesque lake is a favourite holiday destination for Italians and is an inspiration for poets since ages. It is without doubt the most romantic lake in Italy.

Lake Orta, known by the Romans as Lake Cusius, lies to the west of Lake Maggiore enclosed in a circle of hills and mountains. It is the highest of the large pre-Alpine lakes 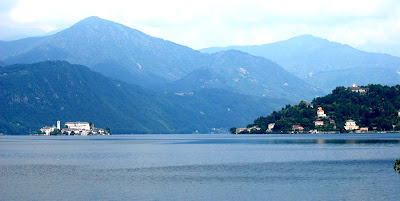 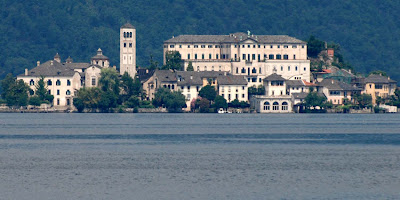 Within the lake is the San Giulio Island ( Isolo di San Giullio). The ancient basilica of San Giulio (4th Century) stands on the small island and is it's most prominent building. Legend has it that the island was the home of dragons and serpents . In 390, St Julius visited the island and defeated the serpents. The Basilica was built in his memory. 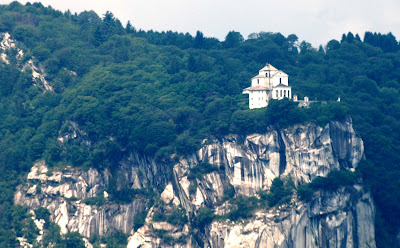 View of the hills from the lake
http://www.pravinechester.com/1_20_Borgomanero.html
Posted by pravine chester at 8:26 PM