The Dragon Boat Festival of China

The Dragon Boat Festival is an important holiday in China. These interesting facts were sent by my friend Jack from Cixi, China on this fun festival. 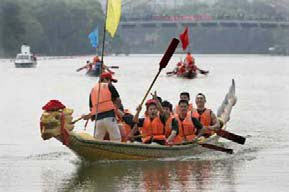 Regarding the “dragon boat festival”, let me introduce it simply. The Duanwu Festival (in Mandarin Chinese pronunciation) or Tuen Ng Festival (in Cantonese Chinese pronunciation) is a Chinese traditional and statutory holiday. It is a public holiday in mainland China and Taiwan, where it is called the "Duanwu Jie" and a public holiday in Hong Kong and Macau, where it is called the "Tuen Ng Jit". In English it is also referred to as "Dragon Boat Festival", after one of the traditional activities for the holiday. 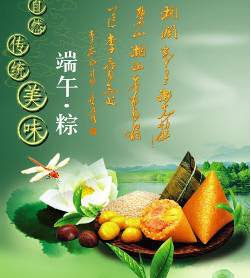 The Duanwu Festival occurs on the fifth day of the fifth month of the Chinese calendar, giving rise to the alternative name of Double Fifth [3]. In 2009, this falls on May 28. The focus of the celebrations includes eating zongzi, which are large rice wraps, drinking realgar wine, and racing dragon boats. 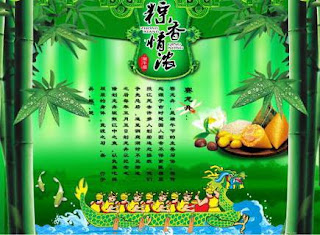 The “Duanwu Festival” is believed to have originated in ancient China. There are a number of theories about its origins. There are a number folk traditions, beliefs and explanatory myths connected to the observance. Today, the best, most widely known legend relates to the death by suicide of Qu Yuan, a scholar and minister to the King of Chu, in 278 BC an era in Chinese history that is referred to as the Warring States period. Scholars wrote literary 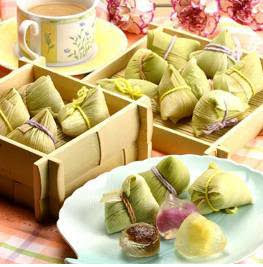 works, including poetry. Qu Yuan is commonly referred to as a "poet" and a "statesperson", however he is more properly considered as a ministerial scholar. 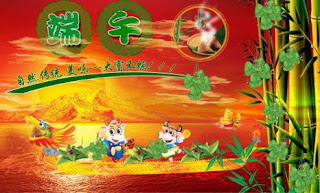 The best-known traditional story holds that the festival commemorates the death of poet Qu Yuan (c. 340 BC - 278 BC) of the ancient state of Chu, in the Warring States Period of the Zhou Dynasty.[4] A descendant of the Chu royal house, Qu served in high offices. However, when the king decided to ally with the increasingly powerful state of Qin, Qu was banished for opposing the alliance. Qu Yuan was accused of treason.[4] During his exile, Qu Yuan wrote a great deal of poetry, for which he is now remembered. Twenty-eight years later, Qin conquered the Chu capital. In despair, Qu Yuan committed suicide by drowning himself in the Miluo River on the fifth day of the fifth month. 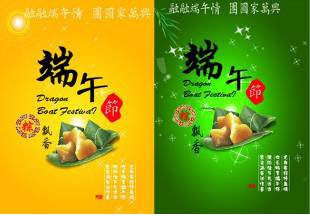 Posted by pravine chester at 10:18 AM