The Roman Baths in Bath in Somerset, UK is a major tourist attraction and were constructed by the Romans when they came to Britain in 43 AD. This is Britain's only natural hot spring,
This hot water spring which brought over one million litres of hot water to the surface every day was found by the Romans as they advanced west into England. They built a reservoir, baths and a temple. Soon a town grew around this complex. These springs were considered sacred by the Romans and an alter was built so that animals could be sacrificed to the Gods. 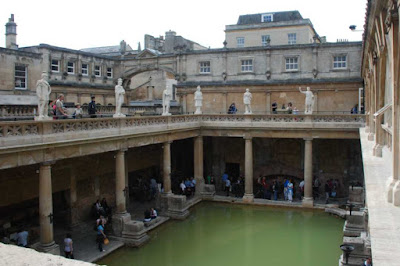 View from the terrace overlooking the Great Bath

The terrace is lined with statues of Roman Governors of Britain, Emperors and Milatary leaders . The statues date to 1894, as they were carved in advance of the grand opening of the Roman Baths in 1897 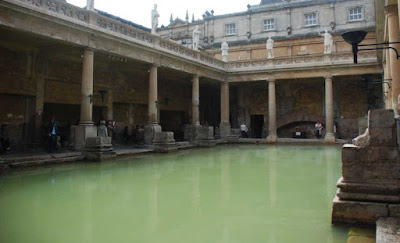 View of the main bath 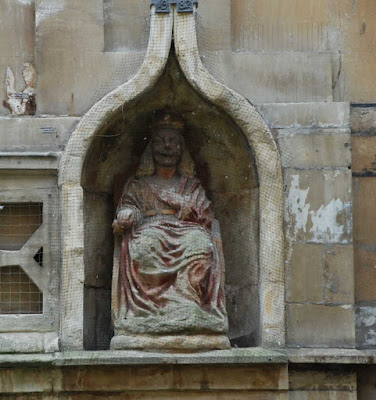 The statue of Prince Bladud , the legendary founder of Bath has presided over the Kings Bath since the 17th century.
Posted by pravine chester at 8:00 AM